Elden Ring has earned itself a reputation as one of the best games of the year so far, and now it can lay claim to also being one of the best fighting games as well (sort of). A Tekken 7 mod created by Ultraboy has replaced several characters from the popular fighting game with Elden Ring models, such as Melina as Iidia, Ranni the Witch as Kazumi, and Iron Fist Alexander AKA Potboy as Gigas.

You can even use Heihachi Mishima's moveset in this mod, if you don't mind playing as a giant lobster. On Twitter, Tekken producer Katsuhiro Harada noted how "ridiculously well-made" the mod is, and also asked fans to stop asking him questions about it.

"You probably don't know, but there are surprisingly many people who think this is an official mod or make various misunderstandings and contact us," Harada said in a separate tweet. "The rights holder can't say OK when officially asked for an answer. In other words, Let sleeping dogs lie. I don't say anything about what fans are enjoying in a category that doesn't cross the line. but, we may comment if it increases the number of inquiries or misunderstandings."

Both Tekken and Elden Ring are published by Bandai Namco, and over the years the fighting game has had a number of notable guest stars added to its roster. For a title like Elden Ring, Bandai Namco's other fighting game franchise Soul Calibur may have been a better fit for From Software's world of swords and sorcery. If Yoda and Darth Vader could make the cut in older Soul Calibur games, a Tarnished warrior appearing isn't too far-fetched. 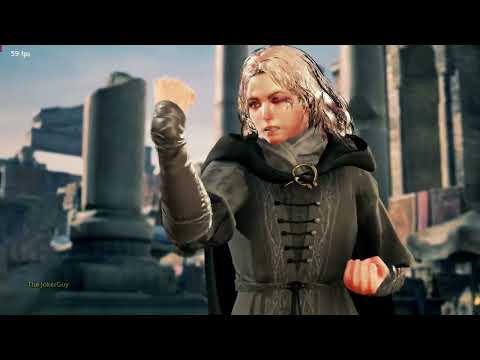 In other Elden Ring news one player showed off a build that turned him into an almost-unstoppable warrior. The game also received its first major post-launch patch recently, and you can read up on how Elden Ring and Tunic take different approaches to mystery.